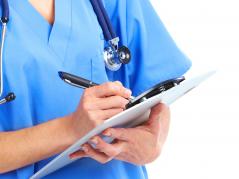 URBANA, Ill. – It may come as a surprise that, even after the Great Recession ended in 2009, almost 50 million people in the United States are food insecure– that is, they lack access to adequate food because of limited money or other resources. University of Illinois economist Craig Gundersen and University of Kentucky’s James Ziliak examined recent research on food insecurity and its association with poor health and offer suggestions, including that doctors screen for hunger.

There’s a long list of negative health consequences that are linked to food insecurity, including a lower nutrient intake, which may appear to be an obvious outcome. But there are many other outcomes that aren’t predictable, such as some birth defects, anemia, aggression, anxiety, asthma, behavioral problems, depression, thoughts of suicide, and poor oral health.

Because of these strong associations between hunger and poor health, Gundersen and Ziliak recommend that health care professionals ask their patients some of the same questions used to determine whether someone is food insecure.

“Health care professionals should recognize the possibility that food insecurity may be one determinant, among others, of a patient’s health challenges,” Gundersen said. “Other nutrition-related health determinants, such as obesity, have received quite a bit of attention within the context of the doctor-patient relationship, but food insecurity has not received nearly as much attention.”

Because health care professionals already take comprehensive patient histories and have other opportunities during regular office visits to ask questions, inquiring about a patient’s confidence that they can afford to buy food for their family could be included.

“This would give health care professionals one more tool in their kit to use in identifying food-insecure patients and offering care options,” Gundersen said. “One option, not ordinarily considered in the context of an office visit, is to refer patients to food assistance programs such as SNAP to alleviate food insecurity and its associated poor health consequences.

“With the implementation of the Affordable Care Act and the concomitant expansion of Medicaid, millions of low-income people are being brought into the health care system,” Gundersen said, “putting doctors and nurses at the frontline of helping to identify people who are food insecure.”

The researchers are strong proponents of SNAP and suggest that new regulations that are being recommended for the program will make many people who currently benefit from SNAP ineligible.

“Food Insecurity and Health Outcomes” is published in Health Affairs. It is written by Craig Gundersen, Soybean Industry Endowed Professor in Agricultural Strategy and professor in the College of Agricultural, Consumer and Environmental Sciences Department Agricultural and Consumer Economics at the University of Illinois and by James P. Ziliak, the Carol Martin Gatton Endowed Chair in Microeconomics in the Department of Economics at the University of Kentucky. The research was partially funded by the Economic Research Service and the Food and Nutrition Service in the Department of Agriculture.